Fake it ’til you break it 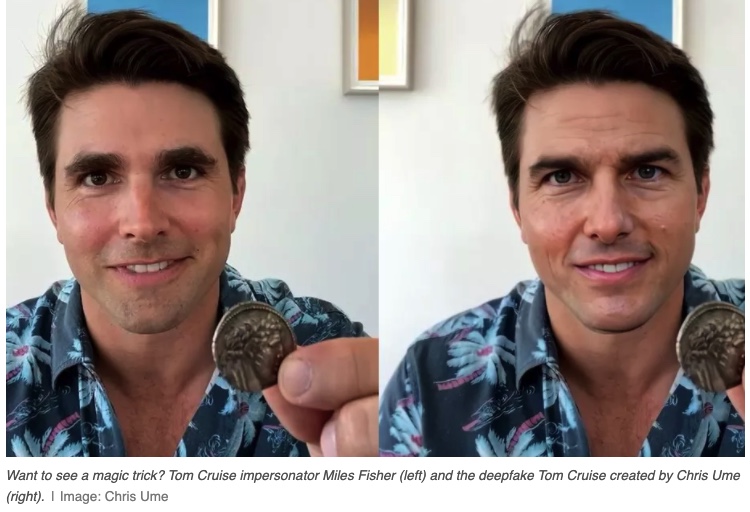 Posted at 22:21h in applications, Artificial Intelligence by Nat Power

A little while ago I was inundated with phone spam. Every afternoon I would get multiple calls from international or unknown numbers and when I answered (when I did) there was always some scam happening on the other end. Someone told me, “don’t say hello”. It feels weird to pick up the phone and wait in silence but, the reason for that is because people could be recording my voice: the tone, intonation, language and accent. It is not a conspiracy to believe that if people have stolen other data and the missing link is voice recognition to engage in fraudulent behaviour, what easier way than calling the number and have me answer to get what they need. I stopped answering any unknown caller IDs. I figured if it was important they would get in touch another way or leave a message. They never did text or leave a message. AI technology is being used to rapidly capture all sorts of data, voice, video, photography and words.

ABC’s Foreign Correspondent recently presented an episode called American Deepfake, with presenter Hamish McDonald. It starts with a piece to camera with his fellow reporter, Jeremy Fernandez, standing in front of the Capitol Building in Washington D.C. I was surprised that they had used deep fake technology, easily accessed by anyone, to build a synthetic video that mimicked the voice and presentation of someone that was not in the location and those words were typed, not recorded. Hamish admits that this was a flawed version and the future of AI means that it will take a sharper eye and detailed analysis to decode what’s real and what’s fake.

The episode gave a few key examples of deep fakes that were funny and a bit ridiculous. A world leader, like Barack Obama, taking centre stage to say what he really feels about Donald Trump here. @deeptomcruise was a highlight in lockdown, a Tik Tok account that served some comedic relief and showed us how old and new technologies can be manipulated. Jordan Peele said he used software like Adobe After Effects and AI face-swapping tool, FakeApp, to make deep fakes.

The developers of the software that Hamish and Jeremy used to create their introduction stipulated certain restrictions on how the software could be used. Discrimination, politics and media of a sexual nature are restricted but it turns out that over 90% of deepfakes on the internet now are pornography. Deepfakes are being weaponised to manipulate and degrade women sexually that can have life-time psychological effects.

New technologies of the internet start with such promise and as they are shared widely unguided misuse ramps up. The 2016 and 2020 fake news campaign of the Trump administration rested on supporters turning cynical toward ‘the system’ and their vulnerabilities exposed. As inflammatory lies were disseminated through social media and “news” publishers the falsehood of the “election was stolen” became a war cry for people seeking power. The Capitol attack was a clear indication of what happens when an agenda to destabilise the community is enacted by spreading a false narrative, like election fraud.

If basic lies can influence entire communities, then the synthetic production of deepfake media to create any story, using any character, backdrop or message is something that should keep us alert and alarmed.